My country, right or wrong …

Posted on September 1, 2020 by whungerford 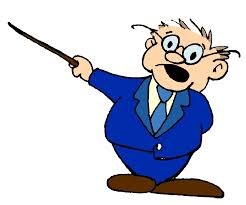 Our Country! In her intercourse with foreign nations may she always be in the right; but right or wrong, our country! — Stephen Decatur

Patriotism is supporting your country all the time, and your government when it deserves it. — Mark Twain

Children must be taught that America is “an exceptional, free and just nation, worth defending, preserving and protecting. — DJT

Teaching children what to believe about America; is wrong. That is indoctrination, not education.

* Contributor at NewNY23rd.com where we discuss the politics, economics, and events of the New New York 23rd Congressional District (Allegany, Cattaraugus, Chautauqua, Chemung, (Eastern) Ontario, Schuyler, Seneca, Steuben,Tioga, Tompkins, and Yates Counties) Please visit and comment on whatever strikes your fancy.
View all posts by whungerford →
This entry was posted in Education and tagged Mark Twain, Patriotism, Stephen Decatur. Bookmark the permalink.

1 Response to My country, right or wrong …