Is the Supreme Court split on party lines? 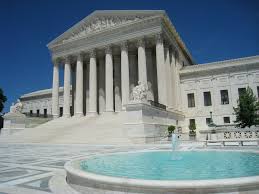 What are his arguments?

As far as I can see, Gorsuch’s points are irrelevant. On important cases, I think we know how the justices will vote most of the time.

* Contributor at NewNY23rd.com where we discuss the politics, economics, and events of the New New York 23rd Congressional District (Allegany, Cattaraugus, Chautauqua, Chemung, (Eastern) Ontario, Schuyler, Seneca, Steuben,Tioga, Tompkins, and Yates Counties) Please visit and comment on whatever strikes your fancy.
View all posts by whungerford →
This entry was posted in Supreme Court and tagged Justice Gorsuch. Bookmark the permalink.

2 Responses to Is the Supreme Court split on party lines?