Tom Reed at the border 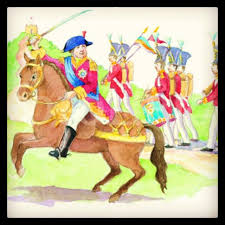 Oh, the grand old Duke of York;
He had ten thousand men;
He marched them up to the top of the hill,
And he marched them down again.

On August 18, an op-ed by Tom Reed appeared in the Elmira Star-Gazette (it appeared on August 12 in the Rochester Democrat and Chronicle). I believe this is his first since October 30, 2013 when he penned this nonsense:

For decades, our national government has spent much more money than it brings in. Save for a few years in the mid-nineties (when, incidentally, we had a Democratic President and a Republican House as we do now), our debt has grown to the point where it now totals $17 trillion dollars, or approximately $55,000 per man, woman and child in America. Think about that: for each baby born today, he or she draws their first breath in America owing over $55,000 in debt.

Tom Reed knows that no person of any age is personally responsible for any fraction of the national debt which has grown even more since 2013. Tom Reed, a legislator, does have responsibility for that.

Tom Reed is no Julius Caesar–he came to the border, saw evil former misleaders had wrought, and came back with no idea of what to do about it.

I don’t know if Tom wrote this; it is unlike anything I recall him writing before. Perhaps he used a ghostwriter. Amidst the maudlin rambling, there is little of substance. There is this:

“Problem Solvers,” “a wall,” unspecified “innovative ways” are Tom’s answers. One could wish for more.

1 Response to Tom Reed at the border