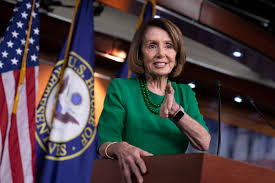 In Huckleberry Finn, Mark Twain wrote about a black lawyer from the free state of Illinois, well dressed and riding a horse. Pa Finn was outraged; how could a black man have a horse when he didn’t?

Did President Obama, a careful, competent President raise the same feelings of outrage in some of us? Did a black man as President make the election of a white supremacist possible, even inevitable?

What about a President who is a woman, would her administration, however well run, be followed inevitably by a misogynist?

* Contributor at NewNY23rd.com where we discuss the politics, economics, and events of the New New York 23rd Congressional District (Allegany, Cattaraugus, Chautauqua, Chemung, (Eastern) Ontario, Schuyler, Seneca, Steuben,Tioga, Tompkins, and Yates Counties) Please visit and comment on whatever strikes your fancy.
View all posts by whungerford →
This entry was posted in Political. Bookmark the permalink.

4 Responses to Push back