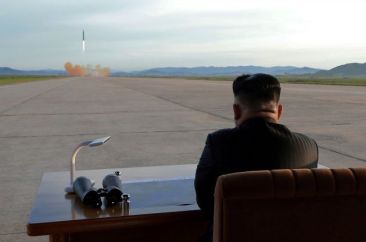 No plan of operations reaches with any certainty beyond the first encounter with the enemy’s main force.–Helmuth van Moltke, 1880.

In his memoir, “Travels with Herodotus” Polish journalist, Ryszard Kapuściński tells the story of a Persian potentate, Xerxes, who seated himself on a throne to watch the naval battle of Salamis, which he expected his navy to win. This was a naval battle fought between Greeks and the Persians in 480 BC, which resulted in a decisive victory for the outnumbered Greeks. Xerxes would have had a scribe at his side to record which commanders and crews performed notably. As Xerxes watched, the Persians were defeated. He then packed up and went home.

* Contributor at NewNY23rd.com where we discuss the politics, economics, and events of the New New York 23rd Congressional District (Allegany, Cattaraugus, Chautauqua, Chemung, (Eastern) Ontario, Schuyler, Seneca, Steuben,Tioga, Tompkins, and Yates Counties) Please visit and comment on whatever strikes your fancy.
View all posts by whungerford →
This entry was posted in War and tagged Kim Jong-un, Korea, Salamis, Xerxes. Bookmark the permalink.