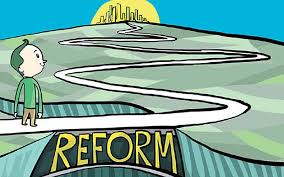 We were able to move forward in a bipartisan way on bills that will help bring generic drugs to market faster, which will make medications more affordable,” said Committee Chairman Frank Pallone, D-New Jersey.

A faint hope for lower drug prices as a result of bipartisan resolve:

The (House Energy and Commerce) committee  also approved a set of relatively small-scale bills aimed at reducing drug prices by increasing competition from generic drugs. It hopes to increase the sharing of information and to combat the steps brand-name drug makers take to slow the development and marketing of lower-cost generic alternatives.

One more notable bill, titled the CREATES Act, would make it easier for manufacturers of generics to get the brand name samples they need for testing. This legislation, which had been stalled, passed unanimously after the two parties reached an agreement.

One infers that brand name owners have been making life difficult for manufacturers of generics, and that Congress has been complicit in that.

“This will make a real difference for many Americans and this just goes to show that when we work together, we can achieve real results,” said Oregon Republican Rep. Greg Walden, the committee’s ranking member, and Texas Rep. Michael C. Burgess, the top Republican on the health subcommittee.

With bipartisan support, there may be a chance that these bills will become law

* Contributor at NewNY23rd.com where we discuss the politics, economics, and events of the New New York 23rd Congressional District (Allegany, Cattaraugus, Chautauqua, Chemung, (Eastern) Ontario, Schuyler, Seneca, Steuben,Tioga, Tompkins, and Yates Counties) Please visit and comment on whatever strikes your fancy.
View all posts by whungerford →
This entry was posted in Drugs, Health Care and tagged drug prices, generic drugs. Bookmark the permalink.