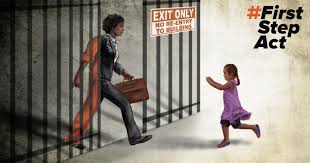 “With President Trump leading the way, the push is on to get serious criminal justice reform done by Christmas. Resisters on the left and right would be fools to stand in the way,” the New York Post editorial board writes.

Earlier this week, President Trump called on Congress to pass the FIRST STEP Act, which would fund educational and vocational training programs in U.S. prisons while easing certain mandatory-minimum sentencing rules. “Trump has it right: “We’re all better off when former inmates can receive [a second chance] and re-enter society as law-abiding, productive citizens,” the Post’s editors write.

Interestingly, when NY Gov. Cuomo proposed to expand a successful educational program for prisoners, he was met with a chorus of outrage. Will Trump’s proposal fly?

* Contributor at NewNY23rd.com where we discuss the politics, economics, and events of the New New York 23rd Congressional District (Allegany, Cattaraugus, Chautauqua, Chemung, (Eastern) Ontario, Schuyler, Seneca, Steuben,Tioga, Tompkins, and Yates Counties) Please visit and comment on whatever strikes your fancy.
View all posts by whungerford →
This entry was posted in Trump and tagged Criminal justice reform, First Step Act. Bookmark the permalink.