Do Cornell conservatives need a moderator? 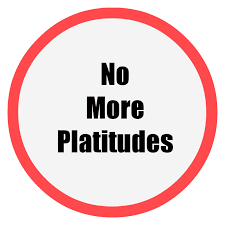 “Show up and keep an open mind, and just keep doing it. Because if you give up, that’s what I’m most afraid of,” Reed said. “I see a level of disengagement in America that’s growing, and the cynicism is growing very deep, and that’s when we lose our country, is when people stop engaging. When people stop engaging, that’s the death of democracy.”–Rep. Tom Reed, speaking to Cornell Republicans, reported by Matthew McGowen

It’s not necessarily that my speech or my opinions have been changed or silenced because at the end of the day the University has been for the most part supportive, and a lot of people on campus are willing to listen. They might not change their minds, but they’re at least willing to have a conversation.–Anna Girod ’20.

If you wear Trump merchandise on campus, the social backlash you receive will be well deserved. You’re supporting a racist, sexist scam artist whose policies are idiotic at best and downright evil at worst. The Trump administration is hurting many members of our community, and you better believe it’s personal for them.–Alexander Thomson, in a comment on the article

Conversation centered primarily around the experience of conservative students on college campuses, with Reed offering to be the moderator between the students and Cornell administration.

Reportedly, “Reed offered some of his political insights and prescriptions for closing the political rift.” (see the quote at the start of this article) As I understand it, Reed would have students:

This seems like good, non-controversial advice. Does Tom Reed keep an open mind and engage meaningfully with those he labels “extreme Ithaca liberals?” I think not.

8 Responses to Do Cornell conservatives need a moderator?