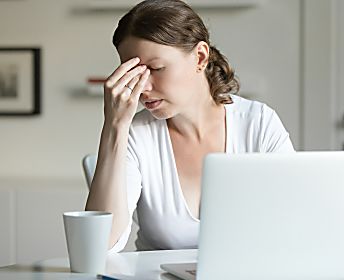 This is a policy change whose impact is very uncertain. I’m not certain it will have an impact, and the administration can’t make a clear case it will do so. It’s not obvious to me why they’re [fighting] over this proposal rather than any that will have a greater impact on patients.–Rachel Sachs, a drug pricing policy expert and associate professor of law at Washington University.

Nathaniel-Weixel, writing for The Hill on October 17, 2018 reports:

The Trump administration is ratcheting up its fight with the drug industry, with a new proposal that would force drugmakers to disclose their prices in television advertising.

Related Senate bills, now laws, are documented below. (both bills passed the House on voice votes)

(Sec. 2) This bill prohibits a prescription drug plan under Medicare or Medicare Advantage from restricting a pharmacy from informing an enrollee of any difference between price, copayment, or coinsurance of a drug under the plan and a lower price of the drug without health-insurance coverage. (Such restrictions are commonly referred to as gag clauses.)

SEC. 2729. INFORMATION ON PRESCRIPTION DRUGS. “(a) In General.–A group health plan or a health insurance issuer offering group or individual health insurance coverage shall– “(1) not restrict, directly or indirectly, any pharmacy that dispenses a prescription drug to an enrollee in the plan or coverage from informing (or penalize such pharmacy for informing) an enrollee of any differential between the enrollee’s out-of- pocket cost under the plan or coverage with respect to acquisition of the drug and the amount an individual would pay for acquisition of the drug without using any health plan or health insurance coverage; and “

(2) ensure that any entity that provides pharmacy benefits management services under a contract with any such health plan or health insurance coverage does not, with respect to such plan or coverage, restrict, directly or indirectly, a pharmacy that dispenses a prescription drug from informing (or penalize such pharmacy for informing) an enrollee of any differential between the enrollee’s out-of-pocket cost under the plan or coverage with respect to acquisition of the drug and the amount an individual would pay for acquisition of the drug without using any health plan or health insurance coverage.

If the government is compelling companies to speak, that violates the First Amendment. Steven Ubl, CEO of the Pharmaceutical Research and Manufacturers of America

I find the above a strange claim. The First Amendment provides that government may not abridge the freedom of speech. That this affects a law requiring disclosure of drug prices in TV advertising seems dubious. It is interesting that drug companies, rather than accepting what seem like reasonable requirements, reportedly intend to fight.

Some states and municipalities have pharmacy gag order bans, but the Patient Right to Know Drug Prices Act, sponsored by Maine Republican Sen. Susan Collins,addresses banning the practice of gag orders on a federal level.

Some pharmaceutical industry experts say that although eliminating the gag clause is step toward consumer transparency, it doesn’t address the issue of lowering actual drug costs, making it unclear how much of a tangible effect the legislation will have.

I find both measures worthwhile, but I see a more serious problem with TV drug advertising–the idea that patients should request prescriptions from doctors for drugs advertised on TV which may not be medically necessary. I haven’t asked a doctor, but I think they must hate being asked if an advertised, proprietary drug is “right for me.”

* Contributor at NewNY23rd.com where we discuss the politics, economics, and events of the New New York 23rd Congressional District (Allegany, Cattaraugus, Chautauqua, Chemung, (Eastern) Ontario, Schuyler, Seneca, Steuben,Tioga, Tompkins, and Yates Counties) Please visit and comment on whatever strikes your fancy.
View all posts by whungerford →
This entry was posted in Health Care and tagged drug prices, Drugs, S.2553, S.2554. Bookmark the permalink.