Posted on October 8, 2018 by whungerford 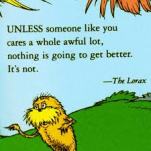 Said the calculated risk to the educated guess, let’s evaluate the climate for conditional success. –remembered lines from a four-line poem, circa 1970, title and author beyond recall

Will voters buy promises of conditional success, promises which sound good only if you take unstated assumptions for granted? Time will tell.

Are facts irrelevant, can we be happy with only half of the story?

And take the Fifth Amendment if they ask us what we mean.–final line of poem

* Contributor at NewNY23rd.com where we discuss the politics, economics, and events of the New New York 23rd Congressional District (Allegany, Cattaraugus, Chautauqua, Chemung, (Eastern) Ontario, Schuyler, Seneca, Steuben,Tioga, Tompkins, and Yates Counties) Please visit and comment on whatever strikes your fancy.
View all posts by whungerford →
This entry was posted in 2018, Immigration, Reed's Views, Trump, War and tagged MAGA. Bookmark the permalink.