Posted on September 2, 2018 by whungerford 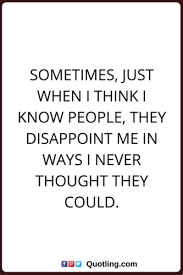 My first choice for President in 2016 was Jeb Bush. I considered Bush the strongest candidate. When his campaign faltered, I turned to Donald Trump as the most likely to prevent an extreme liberal Democrat from becoming President.

During the first year of the Trump administration, I was buoyed by our success with tax reform, regulatory reform, trade policy, and appointments of conservative judges. The economy boomed as a result of the Administration’s efforts.

However, there was a disturbing undercurrent of negativity–reports of foreign intrigue, immorality, and mismanagement. My confidence weakened, my hopes disappointed.

I support the Administration’s stated goals, but I now fear that scandal and extreme partisan animosity will hinder further progress. While I trust that the President’s efforts to answer the charges against him will ultimately clear his name, I fear that the effort will distract from further progress. I believe we now need to put the problems faced by the Trump Administration behind us. I urge President Trump to resign so that a new Republican administration guided by President Pence can continue our progress.

Your Representative in Congress

* Contributor at NewNY23rd.com where we discuss the politics, economics, and events of the New New York 23rd Congressional District (Allegany, Cattaraugus, Chautauqua, Chemung, (Eastern) Ontario, Schuyler, Seneca, Steuben,Tioga, Tompkins, and Yates Counties) Please visit and comment on whatever strikes your fancy.
View all posts by whungerford →
This entry was posted in Political, President, Trump. Bookmark the permalink.