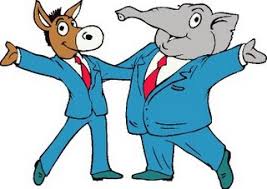 On Thursday the House completed consideration of H.R. 6147, a combined funding bill for the Departments of Interior, Treasury, the Environmental Protection Agency (EPA) the independent financial regulators and other general government agencies. This legislation does not adequately fund many of the programs it covers. For example, the EPA is cut by $100 million and the Land and Water Conservation Fund (LWCF) loses $65 million. H.R. 6147 weakens the Endangered Species Act and restricts the ability of agencies to protect our air and water.

This legislation changes the way that the Consumer Financial Protection Bureau (CFPB) is funded, which is really a way to decimate its budget. It specifically prohibits the Securities and Exchange Commission (SEC) from issuing rules requiring corporate political spending disclosure. I offered an amendment to strike this provision but it did not pass. H.R. 6147 also stops the Internal Revenue Service (IRS) from creating a clear definition of “political activity” and prevents the agency from enforcing current law prohibiting church political spending.

Instead of being considered individually, 50 banking bills are rolled into this legislation. Many of them weaken investor protections and make it more difficult for financial regulators to do their job. They include serious provisions that shouldn’t be wrapped up in an appropriations bill where they will get reduced scrutiny.

H.R. 6147 also contains NO funding for Election Assistance Commission (EAC) grants. This is a truly shocking abdication of responsibility. The purpose of these grants is to help states upgrade their election infrastructure and enhance cybersecurity. With the mid-terms just months away, it’s alarming that the administration isn’t taking election security seriously. Just last week, Director of National Intelligence Dan Coats (appointed by President Trump) warned that Russian efforts to attack our democracy were ongoing but Republicans apparently see no need for EAC grants.

Thanks to Rep. Capuano for the above explanation. On this bill and others considered by Congress, Rep. Reed is mostly silent.

I believe the amendment Rep. Capuano mentioned is this one:

“An amendment, offered by Mr. Carbajal, numbered 77 printed in House Report 115-830 to strike Section 125, which prevents the IRS from issuing guidance to more clearly define political activity for 501(c)(4) organizations.”