On Trump vs Hawaii 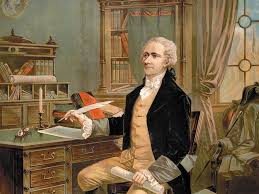 Under these circumstances, the Government has set
forth a sufficient national security justification to survive
rational basis review. We express no view on the soundness
of the policy. We simply hold today that plaintiffs
have not demonstrated a likelihood of success on the
merits of their constitutional claim.–Chief Justice Roberts for the Court

The First Amendment prohibits the establishment of
religion and promises the free exercise of religion. From
these safeguards, and from the guarantee of freedom of
speech, it follows there is freedom of belief and expression.
It is an urgent necessity that officials adhere to these
constitutional guarantees and mandates in all their actions,
even in the sphere of foreign affairs. An anxious
world must know that our Government remains committed
always to the liberties the Constitution seeks to preserve
and protect, so that freedom extends outward, and
lasts.–Justice Kennedy concurring

Declarations, anecdotal evidence, facts, and numbers
taken from amicus briefs are not judicial factfindings. The
Government has not had an opportunity to respond, and a
court has not had an opportunity to decide. But, given the
importance of the decision in this case, the need for assurance
that the Proclamation does not rest upon a “Muslim
ban,” and the assistance in deciding the issue that answers
to the “exemption and waiver” questions may provide,
I would send this case back to the District Court for
further proceedings. And, I would leave the injunction in
effect while the matter is litigated. Regardless, the
Court’s decision today leaves the District Court free to
explore these issues on remand.

If this Court must decide the question without this
further litigation, I would, on balance, find the evidence of
antireligious bias, including statements on a website
taken down only after the President issued the two executive
orders preceding the Proclamation, along with the
other statements also set forth in JUSTICE SOTOMAYOR’s
opinion, a sufficient basis to set the Proclamation aside.
And for these reasons, I respectfully dissent.–Justice Breyer

The United States of America is a Nation built upon the
promise of religious liberty. Our Founders honored that
core promise by embedding the principle of religious neutrality
in the First Amendment. The Court’s decision
today fails to safeguard that fundamental principle. It
leaves undisturbed a policy first advertised openly and
unequivocally as a “total and complete shutdown of Muslims
entering the United States” because the policy now
masquerades behind a façade of national-security concerns.
But this repackaging does little to cleanse Presidential
Proclamation No. 9645 of the appearance of discrimination
that the President’s words have created.
Based on the evidence in the record, a reasonable observer
would conclude that the Proclamation was motivated by
anti-Muslim animus. That alone suffices to show that
plaintiffs are likely to succeed on the merits of their Establishment
Clause claim. The majority holds otherwise by
ignoring the facts, misconstruing our legal precedent, and
turning a blind eye to the pain and suffering the Proclamation
inflicts upon countless families and individuals,
many of whom are United States citizens. Because that
troubling result runs contrary to the Constitution and our
precedent, I dissent.–Justice Sotomayor

* Contributor at NewNY23rd.com where we discuss the politics, economics, and events of the New New York 23rd Congressional District (Allegany, Cattaraugus, Chautauqua, Chemung, (Eastern) Ontario, Schuyler, Seneca, Steuben,Tioga, Tompkins, and Yates Counties) Please visit and comment on whatever strikes your fancy.
View all posts by whungerford →
This entry was posted in Immigration, Terrorism, Trump. Bookmark the permalink.

3 Responses to On Trump vs Hawaii