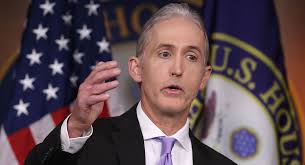 “When you are innocent … act like it,” Trey Gowdy

“Our recollection keeps changing” on the Trump Tower meeting–Rudy Giuliani

I have the absolute right to pardon myself–President Trump

What does Robert Mueller know and what will he do about it?

Rudy Giuliani claims that the only remedy for Presidential misdeeds is impeachment. Giuliani is clearly wrong, but the time is not yet ripe for that. What else might happen?

I think the first item in the above list is the most likely. Mueller has no reason to rush. If the time for action is not yet at hand, there may be an opportunity later.

Some question why AG Sessions doesn’t resign. I think the answer is that he hopes to survive as AG when Trump is history.

23 Responses to When you are innocent … act like it