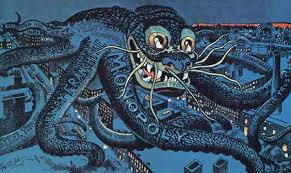 We put tariffs on the table as part of the president’s initiative of putting an American first and American interest on equal footing when it comes to American trade policy going forward with our trading partners.  And as those tariffs have gone out, they’ve obviously caused great concern to many folks who are used to well-established status quo type of trade policies. I am glad to be able to highlight today that this new tool in our tool box is leading to some positive results.–Rep. Tom Reed reported in The Post-Journal by Katrina Fuller

You have tariffs potentially being deployed on products that are going to be imported to America. Those tariffs translate to potentially pressures on consumers, on people, when they purchase those items at the marketplace. The bottom line is, long-term, this is going to make us stronger as a country in regards to having the ability to make it here and sell it around the world. The more we can get our trade balance closer to even and not run these trade deficits long-term, I think that bodes well for the American worker longer-term.–Rep. Tom Reed reported in The Post-Journal by Katrina Fuller

Will tariffs or the threat of tariffs on imported goods be beneficial in the long-term as Tom Reed believes? Probably not.

The first quote suggests that the threat of tariffs on imported goods is causing trading partners to bend to America’s benefit in some cases. Perhaps this is true, but what about less favorable reaction? Tom neglects to mention that. Are “some favorable results” enough to confirm that an “America First” policy is a good idea?

The second quote asserts that tariffs may benefit American producers and workers. Again, this might be true, but any benefits would come at the expense of the American consumer. Tom brushes deceptively over that.

In his 1901 novel, The Octopus, Frank Norris tells the story of an enterprising wheat farmer. Growing wheat has become unprofitable due to excessive railroad tariffs–charges for transporting goods to market. The farmer sees that the railroad tariff for another crop, maybe it was soy, is much lower. Seeing an opportunity he plants soy.

At harvest time, the farmer checks the railroad’s tariffs again to confirm his expected profit. To his dismay, he sees that the tariff for soy has been radically increased turning his profit for that season into a loss.  The railroad’s motto is “All the traffic will bear.”

Today’s farmers face a similar dilemma. It isn’t only that foreign tariffs on their produce may cause markets to collapse and prices to fall, but also that they can’t know when they plan for the year what business conditions might be in the fall.

When we think about Tom Reed’s rosy prediction that in the long term tariffs on imported good or the threat of that will benefit all, we might ask these questions:

I was in Japan briefly in the 1970s on business. At that time American car companies complained that they couldn’t sell cars in Japan because of Japan’s tariffs. That wasn’t a vital problem though–American cars were not well suited to Japan’s roads, and they were of relatively low quality. Shortly afterwards, Japanese cars became very popular in America.

To make Tom Reed’s “make it here, sell it there” policy effective, we don’t need tariffs or threats, we need to make things here that people there want to buy.

* Contributor at NewNY23rd.com where we discuss the politics, economics, and events of the New New York 23rd Congressional District (Allegany, Cattaraugus, Chautauqua, Chemung, (Eastern) Ontario, Schuyler, Seneca, Steuben,Tioga, Tompkins, and Yates Counties) Please visit and comment on whatever strikes your fancy.
View all posts by whungerford →
This entry was posted in Congress, Political, Reed's Views, Treaties and tagged Frank Norris, Katrina Fuller, make it here, sell it there, Tariffs, The Octopus, trade. Bookmark the permalink.