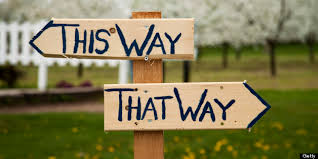 “I am not a crook.”–President Richard Nixon denied any involvement in the Watergate scandal–November 17, 1973.

How might the Mueller Investigation end? One could speculate:

Unless Mueller’s findings are unequivocally damning, President Trump is likely to muddle through. Even though his blatant attempts to politicize the Department of Justice are unacceptable to many, evidence to date suggests this isn’t overwhelming. If no iron-clad case can be made, for the good of the country, perhaps this should end with 1 or 2 above.

* Contributor at NewNY23rd.com where we discuss the politics, economics, and events of the New New York 23rd Congressional District (Allegany, Cattaraugus, Chautauqua, Chemung, (Eastern) Ontario, Schuyler, Seneca, Steuben,Tioga, Tompkins, and Yates Counties) Please visit and comment on whatever strikes your fancy.
View all posts by whungerford →
This entry was posted in Political, President, Trump and tagged Impeachment, Mueller, Obstruction of Justice. Bookmark the permalink.