Posted on January 5, 2018 by whungerford 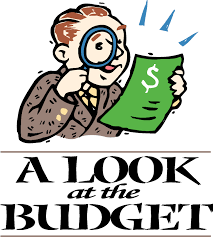 …borrowing’s burden falls on future generations. This is a form of expropriation–taxation without representation of the unborn.–G. Will

In a column in the Elmira Star Gazette on Jan. 4, 2018, George Will argues for a balanced budget amendment. Will’s article rambles through one indefensible idea after another. Here is a summary.

So much for G. Will’s opinion; here are the facts:

* Contributor at NewNY23rd.com where we discuss the politics, economics, and events of the New New York 23rd Congressional District (Allegany, Cattaraugus, Chautauqua, Chemung, (Eastern) Ontario, Schuyler, Seneca, Steuben,Tioga, Tompkins, and Yates Counties) Please visit and comment on whatever strikes your fancy.
View all posts by whungerford →
This entry was posted in Congress, Economics and tagged balanced budget, George Will. Bookmark the permalink.