What’s to Love About Winter?

For the  time just before Christmas through New Years I tried not to focus on politics as much as usual. Since the President was playing golf at the Southern White House, and the Cable News Channels were airing reviews of the years major events, and re-airing documentaries, we had time for more joyous events. Lee Marcus of Arkport, who has authored other articles last year, offered this article for us, reminding us of the Upstate New York experiences. Hope we have a Happy 2018. 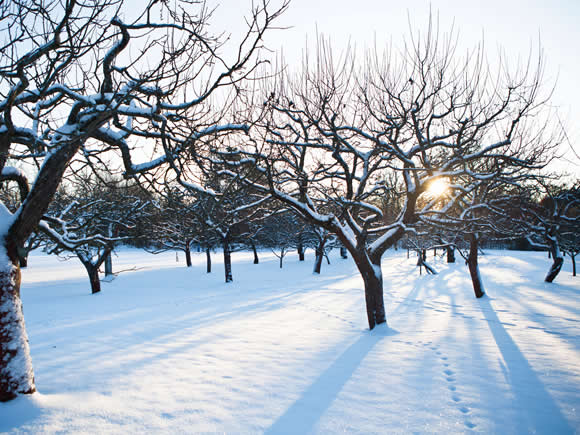 We are in a deep freeze that may turn out to be unprecedented. It will be costly to keep millions of us warm and safe. We worry that it could be the new normal, winter-wise, due to climate change. And it is so early in the season. With all the Christmas lights and holiday cheer behind us, how will we get through it?

I believe we humans have a store of energy we may have overlooked. Let’s start by thinking about all the calories we consumed over the holidays (ooh-wee!). With a thick pair of socks, boots with good treads, and a walking stick (if not cross-country skis) we have only to bundle up and get out there. Why would anybody want to do that? Because, truth be told, it IS a wonderland out there. They say the Eskimos have umpteen (whoa— 50?) words for snow. That’s because snow has umpteen variations all worth observing. Snow even has umpteen different sounds it makes under your boots, depending on its consistency and depth, the surrounding temperature, whether or not it has been disturbed, and by what: tires, feet, or even warm sunlight, which could have melted the top, making a crust when the temperature dropped again. I love the sound of that crust breaking under my step, whether it’s absolute like a puncture, or more calibrated and radiant, cracking a pristine platform into tilted slabs like so much peanut brittle.

Best of all are snow “stories,” most of them mysteries. Even in a city, you won’t get far on a walk without seeing tracks. In snow, every moving thing lays down a record of its passing, be it vehicle, pedestrian, or critter. There’s the clutter of tracks on a busy sidewalk, and then that one set veering off in a whole new direction. Hmmm. Overnight snow is full of surprises come morning, especially in the wilder areas. It’s obvious to me that the forests and hedges are full of party animals who scamper from all directions to meet in a clearing and dance by the light of the moon. Even if you’re more serious and scientific than fanciful, there’s a lot to see near the woods in the snow.

The deep value of winter, I believe, is how a kind of sensory deprivation, underscored by wicked inhospitality, together force us to focus on detail: being mindful, with each step, to imitate the penguin, so you don’t slip and fall; finding that one ingredient that turns ordinary soup into boundless, savory satisfaction; noticing the pecking order at the bird feeder. You don’t like your predicament, but so many little things make you smile. Our lives are loaded with details we can’t help but bypass during seasons when the Earth is bursting with new life and urgency. Winter slows us down so that Life’s details become foreground for a while, and stillness is, just for now, enough. Our batteries are recharging.

Today, just for a moment, I remembered vividly the trilling of blackbirds—one of the early signs of spring where I live. I won’t hear that sound for weeks to come, I know. But thinking of it, on New Year’s Day, no less, reminds me that winter is only a blanket, not a stain. What’s down inside is hope, and no frost can get to that.

3 Responses to What’s to Love About Winter?