Who or what are job creators?

Posted on January 1, 2018 by whungerford 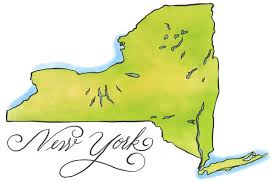 This bill (H.R. 1) will also enhance our economic engine. For decades, we’ve prevented our businesses from being able to grow and compete. Tax reform will help jumpstart job creation… — Rep. Tom Reed

The Tax Cuts and Jobs Act (H.R. 1) overhauls America’s tax code to deliver historic tax relief for workers, families and job creators, and revitalize our nation’s economy. By lowering taxes across the board, eliminating costly special-interest tax breaks, and modernizing our international tax system, the Tax Cuts and Jobs Act will help create more jobs, increase paychecks, and make the tax code simpler and fairer for Americans of all walks of life.–House and Senate Conference Committee

Who or what are job creators?

Corporations have left and are leaving New York due to favorable tax policies in other countries. Lowering corporate tax rates removes the tax incentive to relocate, and encourages new businesses to locate here. More businesses means more jobs and more tax revenue from individuals. So we should lower corporate taxes to create a more competitive environment for business development.

This argument is false–it begs the question by assuming that taxes dominate business decisions. If this were policy, it would create a “race to the bottom,” as every jurisdiction competed to lure business with low taxes and tax abatements.

Jeff Platsky, in  a front page article in the Elmira Star-Gazette today, suggests that higher education creates jobs. He writes:

Ithaca’s job growth since the end of the Great Recession in 2008 has largely been fueled by growth in education and health-related jobs.

Platsky contrasts prosperity in Ithaca with the relative lack of it in Binghamton and Elmira. Surely the presence of a major research university in Ithaca is an important factor. It is easy to think of other examples:

While the presence of a first-rate educational institution isn’t the only factor in prosperity, it is likely more significant than low taxes or largess for the wealthy. Paradoxically, Tom Reed campaigns against Cornell and higher education, opposes universal health care, and evidently favors tax cuts for wealthy individuals and profitable corporations.

Reed’s press release has a link to the House and Senate Conference Committee summary quoted above. A link to Jeff Platsky’s article is currently unavailable.

10 Responses to Who or what are job creators?