Posted on December 7, 2017 by whungerford 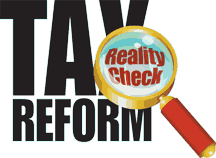 He (Rep. Tom Reed) said in a conference call with reporters Tuesday he’s most focused on seeing a final bill get to President Trump’s desk by the end of the year. That, he said, would result in new withholding tables and/or rates that Reed said would show savings in pay stubs for many.–Steve Buchiere, Finger Lakes Times

Taxpayers can choose how much is withheld from their pay by filling out Form W-4.  Many choose to end the tax year with a refund rather than an outstanding liability. Having more or less withheld has no effect on how much is owed. If tax law changes do result in revised suggested withholding tables, taxpayers could enjoy more take home pay, but they also might face an unexpected bill for tax owed on April 15. Don’t be too quick to celebrate–many of us will owe not less but more.

Complete this form so that your employer can withhold the correct federal income tax from your pay. Consider completing a new Form W-4 each year and when your personal or financial situation changes.

Tom Reed claims workers who have payroll taxes deducted will see increased take home pay. Even when true, this is is deceptive.