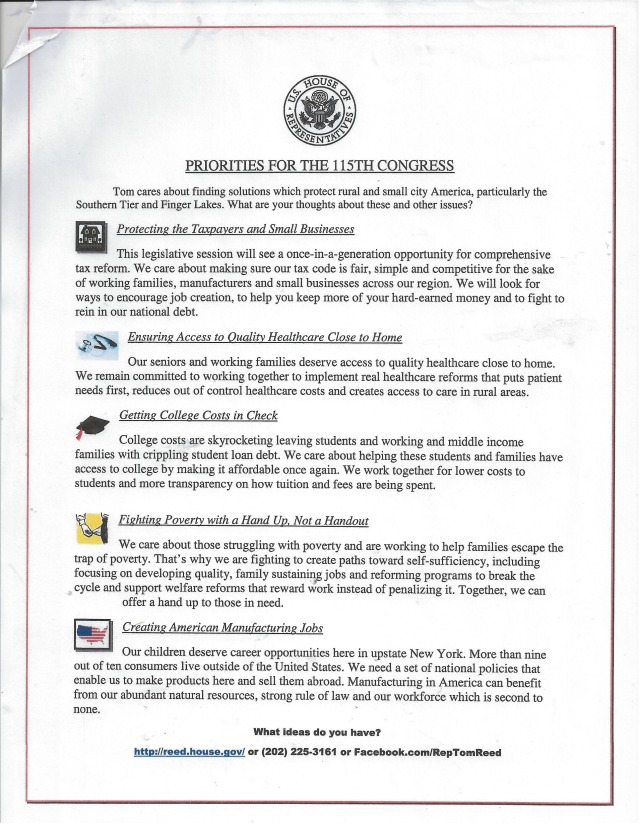 So how is Tom doing on his priorities?

Tom claims that he cares and is working hard for us. How do readers rate Tom’s performance on his priorities? Has he made any progress on what he said was important?

Thanks for Rich Stewart for the list of priorities which Tom passed out at his December 2016 Town Hall in Barrington. Anyone wishing to question Tom Reed might want to review these questions and Tom’s responses at Barrington.

Tom is often consistent in his talking points. One might expect similar responses to questions this year.