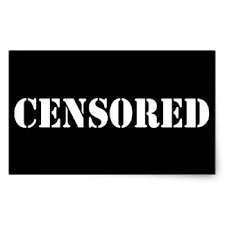 (So herein lies the opportunity: The best way to ensure that Congress extricates itself from ideologically polarized gridlock is to return to Congress those elected officials who have demonstrated the capacity to work across the aisle to address the nation’s problems.–Buf News guest opinion cited by TR)

… is the whole reason for this essay (the Buf News article cited), and Reed’s involvement in this (Problem Solvers) caucus. There’s just not enough meat on the bones of this fix (Problem Solvers healthcare proposal). The House has become a joke and stands little chance of meaningful legislation on healthcare. Is Louie Gohmert involved? He’s my favorite clown that stumbles out of this packed Volkwagon.
deleted 8/9/17 (posted by another, presumably deleted by TR.)

On Aug. 12, a racist comment disappeared, presumably deleted by TR.

On Aug. 13 the message is that lower corporate taxes will encourage investment, create jobs, and increase wages. It doesn’t mention that the current tax code provides credits for investment. If business profits are untaxed, Tom would like us to believe that we all will benefit. It is a hard sell, but the GOP is working hard at it.
deleted 8/13/17 (included a link to a W&M post for this date)

I see no pattern to Tom’s deletions except that any link to this blog normally disappears quickly.  If readers have had posts deleted, please leave a comment.

* Contributor at NewNY23rd.com where we discuss the politics, economics, and events of the New New York 23rd Congressional District (Allegany, Cattaraugus, Chautauqua, Chemung, (Eastern) Ontario, Schuyler, Seneca, Steuben,Tioga, Tompkins, and Yates Counties) Please visit and comment on whatever strikes your fancy.
View all posts by whungerford →
This entry was posted in Congress, Political, Reed's Views and tagged censorship, facebook. Bookmark the permalink.