The article was written and submitted by Cath Kestler, a resident of Silver Creek, NY 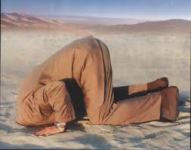 The House of Representatives were set and ready to hold hearings on legislation to deregulate the sale of firearm silencers on the morning of the mass shooting targeting members of Congress at that baseball field in Virginia.

Now the Senate has a bill as well.  They call it the SHUSH Act, and it has been introduced under the guise of protecting the hearing of hunters.  The legislation would make it infinitely easier for firearm silencers to fall into the wrong hands by effectively eliminating the need for paperwork in their sales, and allowing them to be sold without a background check.

Let’s be clear: the gun lobby’s attempts to deregulate the sale of silencers put profits of manufacturers ahead of public safety.  Silencers suppress the sight and sound of gunfire and make it harder to locate criminals who use them in crimes.  They also make it more difficult for innocent people to identify where the gunfire is coming from when the shooting starts.

In the House it is referred to as the Hearing Protection Act with 154 co-sponsors and it would eliminate the $200 transfer tax on suppressors by dropping them from the NFA rules, but still requires they should be transferred through federal firearms licensees after a background check, deregulating them as firearms.  Both bills provide a refund on the tax stamps bought since October 22, 2015.

In the Senate the bill was brought about by Sen. Mike Lee of Utah and Sen. Mike Crapo of Idaho which is the home of the well-known suppressor maker, Gemtech as well as StingerWorx, Ballista, and Tactical Innovations; in Lee’s state they have SilencerCo and OSS Suppressors amongst other firearm industries.

I have done some reading through comments on actual pro-gun lobby sites and most of the comments are saying that silencers don’t really “silence” the gunshot like it shows in movies and television shows; in reality all it does is change the sound and the decibel levels drop minimally.  Which doesn’t actually support what our lawmakers are stating—the loss of hearing.

Are you aware that most 911 calls come into the dispatcher when gunshots are actually heard?  If a silencer actually changes the way a gunshot sounds, how is that helpful to anyone?

Silencers pose a danger in the wrong hands, making it harder for law enforcement to identify and react quickly to gunshots.  In an active shooter situation, hearing and recognizing a gunshot can be a matter of life and death.  We have core public safety laws to keep silencers out of criminal hands for decades, without blocking access to law-abiding citizens.  The gun lobby presents this legislation as an attempt to protect shooter’s hearing, but silencers are not the most effective or the safest way to do so.  Widely available ear protection products work better than silencers to protect hearing and safety—which is why the US military relies on them, not silencers to protect soldiers’ hearing.

ShotSpotter, a tool which recognizes the sounds of gunshots alerted law enforcement to nearly 75,000 gunfire incidents in 72 cities in 2015:  That’s an average of one every seven minutes.  These tools would be significantly undermined by the widespread use of silencers.

Over the last eight years of the Obama Administration the NRA and the gun lobby worked on fear mongering gun owners that President Obama was coming for your guns.  Since the new administration has come to be gun accessories sales have dropped off and the gun lobby is looking for new ways to increase their sales.

Lawmakers should join law enforcement officers and major law enforcement organizations in rejecting this bill and the gun lobby’s dangerous pursuit of profit over public safety.  Call your Senators and Representatives to let them know it should be people over party.

16 Responses to When Silence isn’t Golden