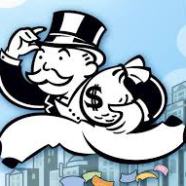 Reforming the Tax Code – in One Page

On Wednesday we got a peek at what the Trump Administration’s so-called tax reform plan looks like. I’d like to be clear that I am certainly open to legitimate, thoughtful tax reform. As a former tax attorney, I understand fully there are many aspects of the tax code that can and should be modernized.  What we saw this week shouldn’t even be called a tax reform plan because it was a one page outline with virtually no details. In fact, officials could not even answer the basic question of what this “plan” would mean for the bottom line of a family of 4 making $60,000 a year.

The Trump tax outline would reduce income tax brackets from 7 to 3: 10%, 25% and 35%. The corporate tax rate would go from 35% to 15%. The estate tax and the alternative minimum tax would both be eliminated. The proposal doubles the standard deduction for individuals (currently $6,350) and married couples (currently $12,700). It eliminates a number of personal deductions, including the one for state and local taxes.

The bipartisan, highly respected Committee for a Responsible Federal Budget estimates that Trump’s tax “reform” outline would cut taxes by $5.5 TRILLION dollars over the next 10 years. That’s $550 Billion per year, or about 25% of all the taxes raised currently from the income, corporate and estate tax combined.  Here is another way to look at that amount: it equals about 20% of the entire GDP of the USA. The organization goes on to conclude that “America can’t Afford a $5.5 Trillion Tax Cut” … and … “Growth Can’t Pay for this Tax Cut”. Here is their commentary for your review. http://www.crfb.org/blogs/fiscal-factcheck-how-much-will-trumps-tax-plan-cost.

Since there isn’t any actual legislation, just this thin outline, I don’t expect a vote to happen soon. Although with this White House, anything is possible.

I can’t explain why anyone would favor fewer tax brackets; fewer brackets penalize small increases in income which would put one in the next higher bracket. Perhaps fewer brackets presage a move toward some form of “flat tax.”

As Rep. Capuano believes there are many aspects of the tax code that can and should be modernized,” I am disappointed that he didn’t explain what these are. When politicians talk reform, we should ask what they mean by that.