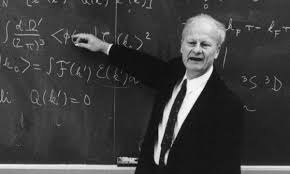 It would take an hour-and-a-half to learn everything there is to learn about missiles.–Donald Trump

Forty years ago, more or less, I attended a lecture in Detroit by physicist Hans Bethe on nuclear disarmament. Bethe favored disarmament, but maintained that the goal of completely eliminating nuclear weapons was unrealistic. He said the USA should retain a minimum number of nuclear weapons for deterrence, an opinion that was loudly challenged by his mostly anti-war audience.

To some extent, Bethe’s views have been vindicated. Some nuclear disarmament has occurred, the US maintains far more than a minimum of these weapons, and none has been used in war since 1945. One might think the deterrence policy has been successful, and perhaps it has been responsible for forestalling nuclear war.

Russia and the United States aren’t the only countries subscribing to deterrence. Others include China, India, Pakistan, and Israel. These and others have seemingly accepted deterrence; if deterrence fails, any of them might think preventative use acceptable.

I left Bethe’s lecture undecided–I respected Bethe’s opinion but would feel safer if nuclear armaments could be wiped out like smallpox. US Korea policy has prevented war for more than fifty years; nuclear deterrence has been effective even longer. I fear the consequences if either is abandoned. I fear President Trump has no advisers nearly as wise as Hans Bethe.

Donald Trump Is an Idiot Savant on Nuclear Policy

* Contributor at NewNY23rd.com where we discuss the politics, economics, and events of the New New York 23rd Congressional District (Allegany, Cattaraugus, Chautauqua, Chemung, (Eastern) Ontario, Schuyler, Seneca, Steuben,Tioga, Tompkins, and Yates Counties) Please visit and comment on whatever strikes your fancy.
View all posts by whungerford →
This entry was posted in Trump, War and tagged deterrence, Hans Bethe, nuclear weapons. Bookmark the permalink.