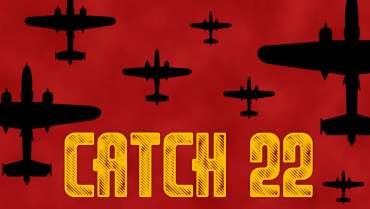 In Joseph Heller’s novel, everything that sounds good has a catch that means it is too good to be true, at least for you. Politics is like that; here are some examples:

I think I could go on; perhaps readers will suggest more.

* Contributor at NewNY23rd.com where we discuss the politics, economics, and events of the New New York 23rd Congressional District (Allegany, Cattaraugus, Chautauqua, Chemung, (Eastern) Ontario, Schuyler, Seneca, Steuben,Tioga, Tompkins, and Yates Counties) Please visit and comment on whatever strikes your fancy.
View all posts by whungerford →
This entry was posted in Congress, Political, President and tagged Catch 22. Bookmark the permalink.