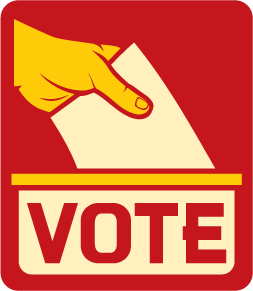 I thought to check if NY-23 election results corresponded to voter registration. Considering only Republicans and Democrats, I made this table.

As expected, party registration corresponded to vote totals: Tom Reed got about 30% more votes than John Plumb; there are about 18% more registered Republicans than Democrats. A chi squared test showed only a 20% chance that the vote didn’t reflect registration.

Then I thought to include minor parties; was I surprised!

Votes for minor parties failed to reflect voter registration. Far more voters voted for John Plumb on the Working Families line than expected; far more voters preferred to vote for Tom Reed on the Conservative or Reform party lines than expected. Many Independence Party voters seem not to have agreed with the party’s decision to back Tom Reed.

One possible explanation is that Republicans and Democrats alike are unhappy with their party. Even though they haven’t registered with a minor party, they prefer to vote for their preferred candidate on a minor party line.

* Contributor at NewNY23rd.com where we discuss the politics, economics, and events of the New New York 23rd Congressional District (Allegany, Cattaraugus, Chautauqua, Chemung, (Eastern) Ontario, Schuyler, Seneca, Steuben,Tioga, Tompkins, and Yates Counties) Please visit and comment on whatever strikes your fancy.
View all posts by whungerford →
This entry was posted in 2017, Congress, Political and tagged election, NY-23. Bookmark the permalink.