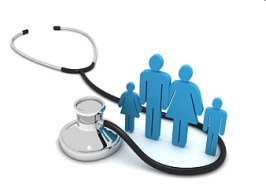 My job is not to worry about those people  (the 47 percent of Americans he thought were likely to vote for Barack Obama).  I’ll never convince them they should take personal responsibility and care for their lives.–Mitt Romney

(How people who can’t afford health insurance for their families are to “take personal responsibility for their lives isn’t clear. Why should most everything, safe water and sewage treatment for example, be a personal rather than a public responsibility?)

Rep. Mark Meadows, chairman of the conservative House Freedom Caucus, said Friday he thinks the GOP’s ObamaCare repeal-and-replace plan would actually drive insurance premiums up. That’s because, he said, the plan as it stands still includes protections for people with pre-existing conditions and doesn’t remove the ObamaCare provision that requires insurance companies offer essential health benefits. “If you take healthy people off and you keep all the mandates that are there, premiums will go up,” Meadows told reporters Friday.

Obamacare is essentially a financing system to ensure that the insurance companies get paid to provide coverage to individuals who were previously deemed ineligible. The GOP proposal amends Obamacare and maintains its overall structure and general approach. It does not effectively address health care costs.—Rep Justin Amash(R-MI) facebook post

For Republican misleaders, it isn’t about healthcare. Healthcare is seen as a political ploy. In particular, Obamacare is seen as an attempt to buy votes from low-income Americans, which explains Republican animosity to it as well as why their draft proposal is in no way “Obamacare lite.” It is the diametric opposite of Obamacare, designed to hurt voters presumed to favor Democrats and help voters presumed to favor Republicans–the well-to-do.

These points are understandable if healthcare is viewed not as an essential right but as the privilege of the few.

Republicans disparaging the draft proposal as Obamacare lite merely intend to smear it by association with President Obama–it is like Obamacare in their view only in that they say it costs too much. They see no problem in the States of the public bearing the costs.

There is no reason to hope that House or the Senate will amend the draft proposal to make it acceptable. Because it stems from the false idea that healthcare should be reserved for those who can afford it, the only hope for near universal health care is that the GOP will be unable to agree and that Obamacare will remain as our healthcare law.