Rep. Tom Reed has announced his first set of Town Hall Meetings since the Donald Trump became President. On Saturday, February 18 our congressman will meet with constituents at two locations in Chautauqua County, one in Cattaraugus  County, and one in Allegany County:

These are Reed’s first Town Hall meetings since the beginning of the 114th congress started and the first one since Donald Trump has been President. Since Trump took over the presidency there have been:

Rep.Reed blindly supports Trump. Matter of fact Reed has said “When the president speaks, I am confident that the credibility will continue.”

Notice that Reed’s first Town Halls are going to be in very friendly territory. Trump 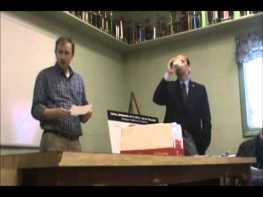 received 68.4% of Allegany County’s votes, the highest in our congressional district. Cattaraugus was third highest (64.5%) and Chautauqua the fourth (59.6%). (Steuben County was 2nd highest pro-Trump rate with 65.4%).

NY23rd-ers who might consider attending one or more of these meetings may not be familiar with the location of Ashville, Cherry Creek, Great Valley or Fillmore. Here’s some near-by towns:

Town Halls are more interesting if you attend in groups. If you are able to attend, videos  are wonderful ways to remember how he actually answered the questions. (Let the New NY23rd know if you have pictures/videos.) Even if you can not personally attend,  you might know someone who lives near one of the Town Halls. Do them a favor and let them know about the meetings.

Here is a link to a petition for those who live in the NY23rd to sign telling Rep. Reed that we do not support turning Medicare into a voucher program, and not to increase the age to receive Medicare from 65 to 67. Rep. Reed confirmed that the House are considering both of those changes at his Barrington Town Hall (Dec. 10).  You might want to get some signatures and hand them into Rep. Reed on February 18! Each petition has spaces for 10 signatures. Yates County Democrats have handed in over 180 signatures to Rep. Reed’s Geneva Office.

Maybe I’ll see you at one of the meetings on the 18th. Let’s hope for good weather.

Retired Teacher, political science geek, village trustee. I lean a little left, but like a good political discussion. My blog, the New NY 23rd (http://newny23rd) is about discussing the issues facing the people of our new congressional district. Let's hear all sides of the issues, not just what the candidates want us to hear.
View all posts by pystew →
This entry was posted in 2016 and tagged Medicare Petition, Reed's Handouts, Reed's Town Hall Meetings, Trump's Accomplishments. Bookmark the permalink.