The “Indivisible” guide (A Practical Guide for Resisting the Trump Agenda) emphasizes that changing the political scene starts with small, grassroots groups communicating with congressional representatives. The following is about one political action that is taking place at Rep. Reed’s Geneva Office  by a Yates County woman that fits Indivisible’s criteria.

Heather Cook of Dundee heard of an unique political action from a friend who lives in Philadelphia. Heather’s friend, Angi, is part of a group which visits PA Senator Pat Toomey’s office weekly. They were upset that their Senator, who was ran for re-election last year, waffled during his campaign about if he supported candidate Trump. An hour 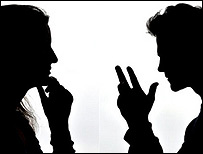 before the polls closed on November 8,  Toomey announced that he did supported  Donald Trump.

The group wanted to discuss his feelings about the election and issues they thought were important. They wrote to the Senator expressing their concerns and brought them to his office.  They called ahead for an appointment and talk with the Senator’s staff if the Senator is not there; their letters are sent to the Senator’s Washington office. They now focus on a single issue each week. A newspaper article about the Philly group can be found here.

Heather has said that the the Philly group “inspired me to get out of my comfort zone and start writing letters of concern to Tom Reed.” She been going to Rep. Reed’s Geneva office weekly. She hasn’t met with Rep. Reed yet, but does talk with the Andrew, the office’s only staff member.  She recently wrote, “At first I resisted the idea of a single topic each week, but then saw its wisdom. It shows organization. It brings diverse voices and perspectives to each topic. It’s brilliant.”

Her letters are very respectful but she pulls no punches. Her first letter includes:

My feelings of rage are so great these days that I do not trust myself to speak publicly for fear of being rendered speechless by willful blindness and deafness. Perhaps that’s part of why I am not a politician, and part of why we pay you to be a politician: to speak up.

She then list her concerns with the candidate Rep. Reed fully supported, Donald Trump: his demeanor, language, actions, racism, misogyny, xenophobia and bullying behavior are only part of her concerns she wrote to Rep. Reed. Heather submitted the letter to the Finger Lakes Times and it was published. You can read the rest of it  here.

Letters sent to newspapers are aimed to the public. Heather’s letters are to the Congressman. Think of the impact that this will have it it happens weekly at the five  Rep. Reed’s District Offices (Olean, Jamestown, Corning, Geneva and Ithaca).

Although what Heather does is not exactly what happens in Philadelphia, she feels that this activity is an be replicated, with minor adjustments. She has visited Reed’s office by herself, but others are gearing up to join her on her weekly trek.

We can’t take the advancements made in the past eight years for granted.  If change is going to happen we all have to get out of our comfort zone. This is one way.