Should there be exceptions to public laws? 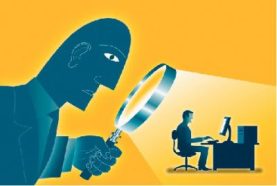 We are changing Washington, both within our party and in Congress, and working the Trump administration to get things done,” Reed concluded. “It’s about using our influence to change Washington to make lives better for all Americans.–Tom Reed

Should there be exceptions to public laws? If the laws are good, shouldn’t they apply to all? Consider these cases:

Jarod Kushner–should Kushner be able to flaunt the intent if not the letter of nepotism laws?

General Mattis–If it is good that military officers not move directly from military service to Secretary of Defense, why should General Mattis be an exception?

Donald Trump–Even if conflict of interest laws can’t be enforced against a President, why should DT flaunt them? Should such laws apply to everyone else but not him?

* Contributor at NewNY23rd.com where we discuss the politics, economics, and events of the New New York 23rd Congressional District (Allegany, Cattaraugus, Chautauqua, Chemung, (Eastern) Ontario, Schuyler, Seneca, Steuben,Tioga, Tompkins, and Yates Counties) Please visit and comment on whatever strikes your fancy.
View all posts by whungerford →
This entry was posted in 2017, Congress and tagged Civil service, Donald Trump, kushner, mattis. Bookmark the permalink.

1 Response to Should there be exceptions to public laws?