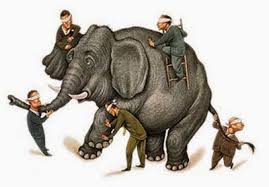 Tom Reed continued his effort to rein in big government regulations by supporting a new proposal which prevents the federal bureaucracy from enacting last minute regulations at the end of any Presidential administration. “We care about helping those have been impacted by thoughtless, big government regulations. They hurt our small business owners and our farmers and we must stand together to push back on this overreach,” said Reed. “It’s only right that we making sure Americans are spared from unintended consequences.”

Congress already has the ability to block rules established by federal agencies through disapproval resolutions, but this bill allows them to block all the rules with one vote.

Similar to legislation, disapprovals resolution must be considered by both chambers of congress and signed by the President to take effect.

The bill now goes on to the Senate for further consideration.

Congress still acts as if President Obama had been reelected or that Hillary Clinton had been elected President. When will they get serious?

These are buzz words and phrases intended to incite rather than inform.

Sometimes it seems as if Tom Reed has no use for any Federal regulation, but at other times he has favored new ones–limits on airline flight crew hours for example

It seems highly unlikely that President Obama would sign this bill if it reached his desk. If the Obama Administration is making last minute changes to Federal regulations, there is precedent for this–GWB flagrantly revised as many as he could at the end of his second term.

* Contributor at NewNY23rd.com where we discuss the politics, economics, and events of the New New York 23rd Congressional District (Allegany, Cattaraugus, Chautauqua, Chemung, (Eastern) Ontario, Schuyler, Seneca, Steuben,Tioga, Tompkins, and Yates Counties) Please visit and comment on whatever strikes your fancy.
View all posts by whungerford →
This entry was posted in Congress, Reed's Views and tagged Regulations. Bookmark the permalink.