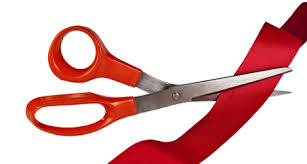 The costs of compliance with all these regulations lead(s) to higher consumer prices and reduced hiring.–Tom Reed

Do regulations prevent employers from hiring workers? Trump says so, Ryan says so, and Tom Reed says so, but none of them present any evidence. If it were true, one might expect the economy to have boomed after GWB rescinded regulations as fast as he could at the end of his term; instead the economy collapsed.

If Republicans really know of specific regulations that should be rescinded, one would think they would point them out. Or else, they could propose specific legislation. Instead they propose catch-all bills like the doomed REINS act.

* Contributor at NewNY23rd.com where we discuss the politics, economics, and events of the New New York 23rd Congressional District (Allegany, Cattaraugus, Chautauqua, Chemung, (Eastern) Ontario, Schuyler, Seneca, Steuben,Tioga, Tompkins, and Yates Counties) Please visit and comment on whatever strikes your fancy.
View all posts by whungerford →
This entry was posted in 2016, Reed's Views and tagged Red Tape, Regulations, Reins Act. Bookmark the permalink.

2 Responses to Do regulations kill jobs?