This article was written by Ruth S. Young of Horseheads. Some newspapers would not print it because of its length.

Senator O’Mara says the southern tier has a strong foundation upon which to build. Chemung County is at the bottom of the heap in public health; number 60 out of 62 counties in N.Y. State. Cornell Cooperative Extension of Chemung County is seeking grant funding to start a poverty reduction program next summer in one Elmira neighborhood. 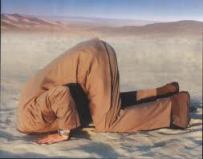 This program is said to be working in developing countries such as Paraguay. If granted, this is the first time it will be tried in the U.S.A. An October sixth newspaper article about “The State of the Child in Chemung County” indicates that people have jobs but the jobs do not pay enough to keep it together even when both partners are working. Children are suffering here physically and emotionally.

We have just made it through the hottest summer ever recorded on Planet Earth since 1880 when global climate records were started. A serious drought that devastated many of our farms has ensued. I will never forget the town hall meeting in Horseheads where Mr. O’Mara and Mr. Friend told us that Climate Change was probably not a reality and if it was, had not been caused by human behavior. Peer reviewed science has no impact on their thinking.

There are hundreds of thousands of tons of frack waste pouring into N.Y. State; much of it landing in the Chemung County landfill. Mr. O’Mara and Mr. Friend have not raised a finger in protest. Mr. O’Mara chairs the N.Y. State Senate Environmental Conservation Committee thanks to Dean Skelos, and yet two years ago his swing vote killed a bill that would have banned fracking waste imports. This year he has disallowed the Environmental Conservation Committee from voting on a bill that would have required frack waste to be regulated as hazardous if it met health risk criteria. Tom O’Mara was a strong opponent of the statewide fracking ban and is a salaried partner at Barclay Damon, a large law firm with many clients in the fracking, waste disposal, pipeline, and power generation industries. It would be interesting to know how many of the land owners with fracking contracts who got stiffed by the gas companies for royalties unpaid have been helped by the Barclay Damon law firm. Facts are from Peter Mantius, an excellent investigative reporter.

These problems do not make for a strong foundation. Mr. O’Mara and Mr. Friend have forgotten what really forms a strong foundation. Healthy children with good quality schools, living wage jobs, clean air and water uncontaminted with microbeads and toxic waste leaking from dumps, and energy efficiency built into every home make for strong foundations of communities. As our present representatives, we wish they were better acquainted with these concepts. Since they are not, we are thankful to have good alternatives to vote for on November 8th.

Retired Teacher, political science geek, village trustee. I lean a little left, but like a good political discussion. My blog, the New NY 23rd (http://newny23rd) is about discussing the issues facing the people of our new congressional district. Let's hear all sides of the issues, not just what the candidates want us to hear.
View all posts by pystew →
This entry was posted in 2016 and tagged Bill Batrowny, Leslie Danks Burke, O'Mara's Record, Rep. Chris Friend's Record. Bookmark the permalink.