This column was originally published in the Dunkirk Observer Today. It was written, and submitted  by Cath Kestler, LGBT advocate and resident of Silver Creek.

“When all Americans are treated as equals, no matter who they are or whom they love, we are all more free.”—President Barack Obama 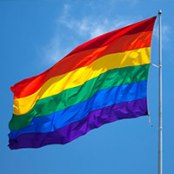 Something you might not know is that LGBT rights are human rights and are more than just marriage.  LGBT justice should be about empowering all gay people everywhere, which probably won’t happen just because people can legally marry people of the same gender.

There are some gay activists who envision a movement for justice that goes beyond marriage.  There are other mainstream LGBT organizations that should and are shifting their focus to other issues.  Some of those that the mainstream LGBT rights movements should prioritize issues include:

Most of the homeless youth identify as LGBT—over 40 percent, when these youth ‘come out of the closet’ they are kicked out of their families and homes.  Some are reportedly abused by their families, leaving them especially vulnerable to mental and physical health issues

Violence against LGBT people is one of the most heinous of hate crimes and one of the most often leads to them being victims of the most.  Case-in-point, the tragedy at Orlando, Florida’s Pulse nightclub, which occurred last Sunday in the wee hours of the morning; the worst case scenario of a hate crime on US soil to date.  This has left many families fractured, friends still looking for answers and finally a demand for gun reform from the US Senate; which at this time has yet to happen following a fifteen hour filibuster initiated by the Democrats.

Many issues facing the general LGBT population are even worse for people of color.  LGBT people of color or minorities are almost twice as likely to experience physical violence.  Violence is just one issue that is compounded by racial injustice.  Racial injustice, or “the systemic fair treatment of people of all races, resulting in equal opportunities and outcomes for all,” is not specific to LGBT people, but true justice for LGBT people can’t be achieved if not all of us are liberated.

An estimated 3.8 percent of our nation’s undocumented immigrants identify as LGBT.  In fact, undocumented gay youth have been integral to building the immigration movement.  LGBT folks who are immigrants have multiple layers of experience living between literal and figurative borders, and can help us all dream beyond the current limitations of our immigration system.  Additionally, the deportation and detention process for migrants is particularly pernicious for LGBT people, who are often the subjects of harassment and abuse.

There are existing significant disparities in health care between heterosexual and LGBT people.  The Center for American Progress identified fourteen health disparities between straight and LGBT adults. The expansion of access to health care in the US should be a priority of the LGBT movement, beyond accessing a spouse’s medical plan through legalized marriage.

Despite the popular images of wealthy LGBT celebrities, many actual gay people are of low-income status.  Employment discrimination, lack of health insurance, homelessness, and other factors make LGBT people particularly vulnerable to the impact of economic inequality.  Gay and lesbian families (especially the latter) are significantly more likely to be living below the poverty line than heterosexual married families, and children in gay and lesbian households are twice as likely to live in poverty as compared to children in homes with heterosexual parents.  And given the legacy of racism in the US, the statistics are even worse for LGBT people of color.

These are a few issues that deserve some attention.  It’s important to note that these are already incredible organizations focusing on these issues already. But most of the organizations are small and under-sourced.  The most funding goes to big groups like the Human Rights Campaign which does a phenomenal job of promoting the issues that beleaguer the LGBT community.  There are many organizations which are volunteer-based on Facebook that utilize professionals on a “pro-bono” basis that are gaining notoriety.

One, in particular that I volunteer for on a full time is available to the LGBT community along with LGBT allies on a 24 hour, 7 days per week basis.  It is called LGBT-Support at the Vault: http://www.lgbtsupportatthevault.com

We are committed to advocating, protecting, informing and entertaining LGBT people.  We offer resources and services located in your specific area when contacted.  We have medical professionals, legal services, social workers and volunteers staffed any time you are in need of someone to talk to or are in crisis.  We respond very quickly to all in need and it is confidential.  We can provide counseling regarding bullying, suicide prevention, narcotic/alcohol anonymous and point you in the direction of immediate help or the next meeting in your area.  We can also provide you with phone numbers and contacts for public assistance, help with food pantries, securing shelter in emergencies, as well as emergency triage for those who need mental or physical help on an outpatient basis or if you need inpatient services, we can provide you with information regarding that as well.  Anyone who would like to join you can message me through the editor at the Observer or friend me on Facebook.  We care about you and are here to help.

Retired Teacher, political science geek, village trustee. I lean a little left, but like a good political discussion. My blog, the New NY 23rd (http://newny23rd) is about discussing the issues facing the people of our new congressional district. Let's hear all sides of the issues, not just what the candidates want us to hear.
View all posts by pystew →
This entry was posted in gay rights, Uncategorized and tagged discrimination, homeless, human rights, LGBT community, Violence against LGBT. Bookmark the permalink.