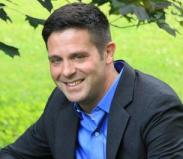 “With his dangerous rhetoric, proposals to expand the use of torture, and threats to target civilians, Donald Trump is weakening our standing internationally and is putting our military men and women at risk in every geographic combatant commander’s area of responsibility around the globe.

It’s clear that by endorsing Donald Trump last week and meeting with him in Washington today, Tom Reed fully supports Trump’s reckless rhetoric that makes our country less safe. This isn’t really surprising, as Reed himself, a New Yorker, threatened our national security by voting to shut down the Department of Homeland Security.

Western New York and the Southern Tier deserves a leader who will put region before politics, especially when it comes to protecting our national security – unlike Tom Reed. As someone who has defended this country under the water, in the Middle East and at the highest levels of national security, my highest priority is keeping Americans safe. That’s what I’ve done my entire career and what I will continue to do in Congress.”

John Plumb is a fourth generation Western New Yorker, Navy Reserve Commander, and Democratic candidate for Congress in NY-23.  Over the past two decades has served the country – first as a submarine officer in the Navy, later as an official at the Department of Defense, and most recently as director of defense policy and strategy at the National Security Council. He has not previously held public office. Use of his military rank and job titles does not imply endorsement by the United States Navy or the Department of Defense.

Retired Teacher, political science geek, village trustee. I lean a little left, but like a good political discussion. My blog, the New NY 23rd (http://newny23rd) is about discussing the issues facing the people of our new congressional district. Let's hear all sides of the issues, not just what the candidates want us to hear.
View all posts by pystew →
This entry was posted in 2016, Defense, Dept of Defense, Ethics, Reed's Views, Veterans, War and tagged Reed & Trump, Torture, Trump's Rhetoric. Bookmark the permalink.

1 Response to Plumb reacts to Reed’s meeting with Trump