A flammable brew of populist anger, a candidate’s provocative remarks and disruptive protesters found a fuse and the result was an explosion that continued to reverberate through the presidential campaign, reported the LA Times.

With the caustic criticisms of women, the disabled, the pope and ethnic groups he believes that his support has risen amongst his backers.  He remains unrepentant and defiant at his rallies, blaming protesters, President Obama and other Democrats for the divisions in our country that have reached a new low in campaign rhetoric.

The Republican Party has quite an array of candidates to offer their constituency: a Senator that is from Texas who has questions swirling around him regarding whether 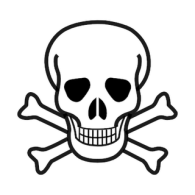 he actually is an American; he is one of the original backers of the “birther movement”, that seems to be biting him in the arse.  He is the candidate that God has actually spoken to and has told him he is truly the ‘chosen one’.  Another candidate hails from Florida and is an actual anchor baby that shows a disdain for other immigrants in their plight to become citizens. He actually is a sitting Senator that has a problem showing up for his present job to represent his constituency, who are slowly sinking in the rising sea levels due to the melting of the polar ice caps.  By-the-way, did I mention he is climate denier?  We also have a governor who hails from Ohio that is proud to have defunded Planned Parenthood in his state and raised taxes on the middle-class while the majority of his blue-collar voters are dealing with a state hemorrhaging jobs and he corrected a budget short-fall by becoming the ‘budget cutter-in-chief’ by gutting state aid to local municipalities.

In this piece you will notice I refuse to give the one Republican any free press because I feel he gets enough of it on his own.  Therefore he “shall remain unnamed”.  He stands out in a field of his competitors that have governance or political experience.

He excels at playing his competitors against one another all the while benefitting as they fight amongst themselves for a chance to be the lead challenger.

There is a question that has to be asked:  Being a front-runner by playing to the emotions of a vocal, aggrieved minority of his party, how does he pivot toward a broader voting base that has shown a disdain with his so-called brand?

Using his usual shtick of playing on the emotions of the crowd, often using racial cues or outright antagonistic statements that enrage his followers and outrage his opponents will likely not appeal to Republican in the general election.

Even though our country is recovering from the Bush era recession, it hasn’t quite reached many of the middle-class—many are fearful and upset, and at the same time tensions are high over cultural shifts brought about by the changes of the nation’s demographics.  These cultural and economic insecurities have combined to provide a receptive audience for the rabble rouser’s surprisingly strong candidacy, the tactics he has used to appease his audience has alienated a huge number of voters.

The visceral opposition that he has stirred up amongst minority Americans contradicts his self-description as “uniter”—he accuses President Obama of being “the great divider”—and raises the question whether he is able, or even wants, to make the kind of sharp turn in his strategy that might assuage the anger that has helped fuel his campaign.

There has been no backing down from any of the incendiary comments he has made about Muslims, Mexicans and in people in Japan and China, who he says are taking our jobs.  These comments, and his vow to build a wall on the Mexican border, have created an irreparable impediment to any steps he might try to take to widen his mostly white voting base.

Republican party leaders drew up a plan after the last failed campaign asserting that the next nominee has to have a strong appeal to young, minority voters—Latinos in particular—and women, groups that the 2012 campaign did very poorly with.  What has been shown so far has horrified the RNC, a spectacle they were hoping to escape?

While protesting and heckling are not unusual tactics during stump speeches, Republicans and Democrats urge restraint and self-control.  But the racially charged mayhem that ensues at certain rallies, the candidate, himself has openly endorsed violent retaliation against people who disrupt his rallies, many accuse him of racism.  This is a cocktail laced with dangerous rhetoric, one that this particular candidate enjoys, which can be witnessed by the smile on that orange-tinged face.

Whether what happens at one of his rallies is a tactic or not, it is dangerous and not to be taken lightly.  Use common sense if you’re thinking of attending one of his rallies, be aware of your surroundings and wear tactical gear 😉

Retired Teacher, political science geek, village trustee. I lean a little left, but like a good political discussion. My blog, the New NY 23rd (http://newny23rd) is about discussing the issues facing the people of our new congressional district. Let's hear all sides of the issues, not just what the candidates want us to hear.
View all posts by pystew →
This entry was posted in 2016, Political, Racism, Uncategorized and tagged anchor baby, birther movement, climate denier, dangerous political rallies, defunding planned parenthood, GOP Presidential candidates. Bookmark the permalink.