Ideology or Class: Are we getting a raw deal?

Posted on February 1, 2016 by whungerford 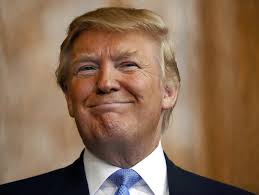 Ryan Lizza, writing in the Jan. 22nd issue of “The New Yorker,” tells us that voters no longer care much about ideology–who is the most conservative–but about class. Trump has stolen the show by appealing to a large class of disgruntled voters whom he says are getting a raw deal from their representatives, the political elites. Lizza may be right; class resentment may explain not only Trump’s success, but Bernie Sanders’ as well.

Lizza writes “Central to his (Trump’s) platform is his insistence that Americans are being cheated. To protect themselves, he says, they need to hire someone who will cut them a better deal.” Trump’s views needn’t reflect Republican orthodoxy (and they don’t) because it is no longer about orthodoxy, but about disenfranchisement and disgruntlement of the 99%. Trump’s rivals are attacking fruitlessly when they talk ideology, Trump’s supporters don’t care what he believes, right or wrong, but they do believe he will fight for them.

4 Responses to Ideology or Class: Are we getting a raw deal?