The usual complaints from those who are against the President using his executive powers are 1) he is by-passing Congress and creating new gun legislation  2) we should be enforcing the laws we now have and 3) his actions would not have change the outcome the latest massacre. Rep. Reed, in his comments on the President’s action, added the NRA’s talking point: America needs to make Mental Health a priority.

I understand that members of congress feel slighted when the President uses his legal executive powers, but if leaders should use all of the tools they have. Even though President Obama has been accuse of over using his executive powers, the data shows that is not the case.

We need to remember that in April, 2013, the Senate had the opportunity to vote on Sen. Joe Manchin (D-WV) and Sen. Pat Toomey’s (R-PA) bipartisan proposal to expand background checks to include purchasers who buy their weapons on the internet or at gun shows. A majority of Senators, 54, voted for the proposal, but it needed to have 60 to override the filibuster.  The article about the vote from The Hill states:

Democrats felt confident the compromise could pass once Toomey, a Republican with an A rating from the National Rifle Association, signed on. They were caught off guard by the vigorous lobbying campaign waged by the NRA, which warned lawmakers that Manchin-Toomey would be a factor in its congressional scorecard.

What appeared to be a likely victory for the president was resoundingly defeated by the Senate as jittery Democrats facing tough reelections next year joined nearly the entire Republican conference.

It is not surprising that the Republican House leadership decided not to have the representatives vote on background checks. They understood that most republicans would have to vote against them to stay in the NRA’s good graces. Doing so would harm their chances to win in November since most Americans support expanding background checks.

A Quinnipiac University poll from December, 2015 found that 89% supports a law requiring background checks on people buying at gun shows or online!

A look at the President’s executive actions show that he is NOT writing new legislation. He is strengthening our current laws

Change happens slowly. Look how long it has taken to make cars as safe as they are today. Guns are aimed to be next.

2) Why aren’t we enforcing the laws we already have on the books?

The reason is that Congress controls funding.

The  Bureau of Alcohol, Tobacco and Firearms oversees the National Instant Criminal Background Checks System (NICS). The table of ATF agents and budgets indicates a six percent drop in ATF employees from 2010 to 2014–the latest data available. The President’s proposal includes funds for 200 more agents to enforce our present laws. The increase “will reduce the strain on the NICS system and improve its ability to identify dangerous people who are prohibited from buying a gun before the transfer of a firearm is complete.” We will have to see if Rep. Reed will approve those needed funds.

3) These actions would not have change the outcome the latest massacre.

The Pesident realizes that these actions are not going to end gun violence. His remarks  after signing the Executive Actions on January 5 explains his thinking::

Each time this comes up, we are fed the excuse that common-sense reforms like background checks might not have stopped the last massacre, or the one before that, or the one before that, so why bother trying.  I reject that thinking.  (Applause.)  We know we can’t stop every act of violence, every act of evil in the world.  But maybe we could try to stop one act of evil, one act of violence.

As Ronald Reagan once said, if mandatory background checks could save more lives, “it would be well worth making it the law of the land.”  The bill before Congress three years ago met that test.  Unfortunately, too many senators failed theirs.  (Applause.)

And the evidence tells us that in states that require background checks, law-abiding Americans don’t find it any harder to purchase guns whatsoever.  Their guns have not been confiscated.  Their rights have not been infringed.

Rep. Tom Reed had a series of Town Hall meetings the day after the 2012 Newtown Connecticut massacre. By the time he started at 8 AM in Corning, he had the massacre all boiled down to a two word talking point: Mental Illness. That was less than 24 hours after the shots rang out in Connecticut. The NRA communicates well with certain Congress members. They can pulled the strings and their puppets dance.

(Added after this article was posted) There is a danger to blame the mentally ill for the gun violence in America. The article “Myth vs. Fact: Violence and Mental Health”  looks at how much of a factor mental illness is in mass shootings.

The New NY 23rd has researched and published many articles Congressional Action on Mental Health. To review these articles follow this link. Basically Rep. Dr. Tim Murphy, in December 2013, introduced “Family Health Care Accessibility Act of 2013” (HR 3717), legislation that seeks to make the most sweeping change in the system in more than two decades. It was never voted on; it died in Republican controlled committees.

Murphy revised the Family Health Care Accessibility Act and reintroduced it on June 4, 2015, this time as HR 2646. With the increase of gun violence, the House members, including Rep. Reed, are now saying positive things about this bill. It has been referred to seven different committees and even with 177 co-sponsors it will not be voted on in the near future. Please realize that this bill would be expensive to implement. It does not make profits for corporations; it provides services for the mentally ill and their families.

Besides the action on Dr. Murphy’s proposed bill, many other mental health bills died in committees. The House has voted against funding the mental health services in the Affordable Care Act sixty-eight times. 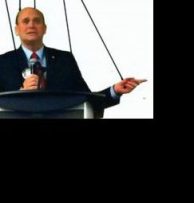 The conclusions are clear: Americans are supportive of President Obama’s Executive Actions on Gun Violence. Gun owners support his Executive Actions. Americans support expanded background checks. The Senate, as mentioned above, had a majority members supported the  Manchin-Toomey bipartisan proposal to expand background checks. It was expected to reach the required 60 votes until the NRA scared Senators by waving attack-ad money around. The House GOP is clearly controlled by the NRA Puppet Masters.

Voting Americans can show their support of common sense changes to the present laws in next November’s election.

Retired Teacher, political science geek, village trustee. I lean a little left, but like a good political discussion. My blog, the New NY 23rd (http://newny23rd) is about discussing the issues facing the people of our new congressional district. Let's hear all sides of the issues, not just what the candidates want us to hear.
View all posts by pystew →
This entry was posted in 2016, Congress, Constitution, Economics, Gun Violence, Health Care, Reed's Views, Terrorism, Town Hall Meeting and tagged background checks, Enforcing our present laws, Mental health, NRA, Obama's Gun Violence Executive Actions. Bookmark the permalink.