Posted on October 6, 2015 by whungerford 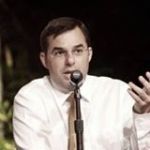 In place of genuine reforms, Republican leaders inundate the public with meaningless show votes. These bills and amendments are often poorly drafted and not intended to become law, but rather to give representatives talking points to bash the other side in the media and in our districts.–Justin Amash

With the above statement, Rep. Amash confirms what some deny but many recognize–House rules aren’t fair or democratic. Amash has more to say on the role of the Speaker; read it here: https://www.facebook.com/repjustinamash/posts/959295097443230

* Contributor at NewNY23rd.com where we discuss the politics, economics, and events of the New New York 23rd Congressional District (Allegany, Cattaraugus, Chautauqua, Chemung, (Eastern) Ontario, Schuyler, Seneca, Steuben,Tioga, Tompkins, and Yates Counties) Please visit and comment on whatever strikes your fancy.
View all posts by whungerford →
This entry was posted in Congress, Political and tagged Rep. Justin Amash, Speaker of the House. Bookmark the permalink.