House Refuses to Discuss the Use of Military Action

On a frigid Friday last February, our congressman, Rep. Tom Reed held a special Town Hall Meeting in Penn Yan to discuss our country’s Foreign Affairs, The New NY 23rd’s report of this event can be found here. Below is a paragraph from that report:

Rep. Reed started by passing out President Obama’s “Proposed Joint Resolution” and praised the President for including congress on this matter. Reed summarized  the ISIS situation well. He explained that there is (very) little chance that battles will happen on our homeland. His thoughts continued– since we are not likely to be attacked, why should we become involved?  Are we willing to send American troops into this battle? Then, he gave the other side of the coin: He had watched the video tapes of the beheadings and the burning of the Jordanian pilot. How can the United States with all of the military power sit on the sidelines and watch the atrocities occur? That is the conflict he is wrestling with.

The “Proposed Joint Resolution” that President Obama sent to Congress is officially called an “Authorization for the Use of Military Force” (AUMF) – requesting congress to weigh in on continuing military action to combat the Islamic State in Iraq, Syria and elsewhere.

Rep. Reed came to Penn Yan to ask our opinion. During the discussion the President was accused of overstepping his constitutional power by unilaterally taking our country into war without congressional approval–that it is Congress’ power to declare war. Although 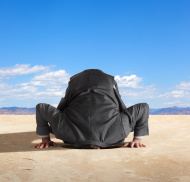 Rep. Reed acknowledged Congress’ role in declaring was, he quickly brought the War Powers Act, and other provisions that gives the President the power to send in limited combat forces to protect our country.

The Wars Powers Act gives the President a 60-day window to work with. Congress received the request for the AUMF over four month ago. Congress has done nothing. Not-A-Thing, and  three congress members are now speaking out on how congressional leaders are failing to be doing their jobs.

On June 4 Rep. Barbara Lee (D-Ca), Rep. James McGovern (D-MA) and Rep. Walter Jones (R-NC) has “introduced H. Con. Res. 55 in order to force this House and this Congress to debate on whether U.S. troops should withdraw from Iraq and Syria.  We introduced this resolution under the provisions of section 5(c) of the War Powers Resolution.“

Rep. McGovern explained, “Our resolution, which will come before this House for consideration in 15 calendar days, requires the President to withdraw U.S. troops from Iraq and Syria within 30 days or no later than the end of this year, December 31, 2015.   If this House approves this resolution, Congress would still have 6 months in which to do the right thing and bring an AUMF before the House and Senate for debate and action.  Either Congress needs to live up to its responsibilities and authorize this war, or by its continuing neglect and indifference, our troops should be withdrawn and come home.  It’s that simple.”

He continues to accuse congress of not doing their jobs:

Our servicemen and servicewomen are brave and dedicated.  Congress, however, is the poster child for cowardice.  The Leadership of this House whines and complains from the sidelines, and all the while it shirks its Constitutional duties to bring an AUMF to the floor of this House, debate it and vote on it.

You can read the speech here,

Rachel Maddow reported about the three Representatives concerns recently. The following clip gives the background to this story before her interview with Rep. McGovern.