A compromise between us is
Impossible–“Under which Lyre,” Auden

What do these have in common? 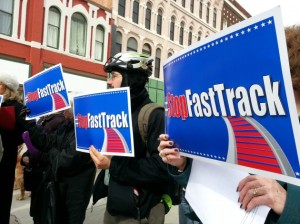 For one thing, they all urge action without clearly explaining why. Too often such advertising promotes only one side of an issue, ignoring the complexity of the issue as well as the views of proponents. When urged to stop this or that, we would do well to ask why?

6 Responses to Stop it!