A Response to “There’s Something About Ithaca”

I received the following as a response to the “There’s Something About Ithaca” article. This first appeared in the Olean Times Herald on December 3, 2015. It was written by Chris Stanley of Allegany, New York.

Those of us who worked long and hard to elect Martha Robertson to Congress in the recent election were disappointed with the outcome of the race, to put it mildly.  After Tompkins County Legislator Nate Shinagawa came within four points of defeating Rep. Tom Reed in 2012, we really thought that Martha Robertson, who had a stronger record of accomplishment as chair of the Tompkins County Legislature, could win.

In the end, analysts seem to agree that the outcome of the election was shaped as much by state and national political trends as by the political positions and campaigns of the two Congressional candidates.

Perhaps the most important factor affecting the results was the different makeup of the electorate in a presidential year versus a midterm election.  When a party has held the White House for two terms, whether Democratic or Republican, it has historically lost seats during the second midterm election as voters are increasingly ready for a change.

When Nate Shinagawa ran for Congress in 2012, he benefited from the larger and more diverse electorate that typically turns out in a presidential year.  President Obama actually won the 23rd District in 2008 and lost it by only 1% in 2012.  That same year, Senator Kirsten Gillibrand won the district by 52,000 votes, or 20%.  In 2014, by contrast, the party in power had worn out its welcome.  Robertson clearly had an uphill battle.

A second closely related factor was the significantly higher turnout rate of Republicans over Democrats.  Democratic turnout in 2014 was weighed down by negative national 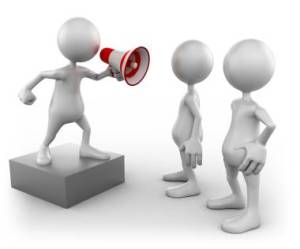 attitudes toward President Obama, whose approval rating of below 50 percent presented problems for Democratic candidates all over the country, including many incumbents whose seats were thought to be safe.  Large numbers of Democrats simply stayed home, while Republicans were motivated to vote.

A third factor that cast a heavy shadow over the election was the highly negative view of Governor Andrew Cuomo across the district.  Though he easily won reelection statewide, Cuomo lost most of the upstate counties, including ten of the eleven counties in the 23rd District, where he won only 38% of the vote. In 2012, President Obama won 27 upstate counties; in 2014, Governor Cuomo only won eight of these counties.

Much of the Governor’s poor performance can be attributed to widespread opposition to the SAFE Act.  While many Democrats, including Martha Robertson, called for the law to be repealed, this fact was overlooked or ignored by voters who were concerned about the law.  Rep. Reed repeatedly issued false statements about Robertson’s position on the SAFE Act, even after the two Gannett newspapers in the district ran stories challenging the truth of his statements, and in the end the voters believed Reed.

Governor Cuomo’s weak support in the district was signaled already in the Democratic primary, where a relatively unknown candidate, Zephyr Teachout, won more than half the counties in the district and garnered up to 42% of the vote in the counties where she lost.  Since Governor Cuomo’s support was weak and he didn’t seem in any danger of losing to Rob Astorino, many Democrats saw no reason to vote.  Republicans, by contrast, turned out strongly to support Astorino’s losing bid, increasing Rep. Reed’s vote-count in the process.

As things turned out, Martha Robertson actually outperformed Governor Cuomo in seven of the eleven counties in the 23rd district:  Allegany, Cattaraugus, Ontario, Schuyler, Seneca, Tompkins, and Yates.  But she could not overcome the political headwinds caused by the electorate’s negative views of the Democratic Party’s leaders at the state and national level and the higher Republican turnout that resulted from concerns about the SAFE Act.

In the end, even the best Congressional campaign is at the mercy of political developments at the state and national levels.  In 2014, those developments were so strong that they swamped even Democratic incumbents.  In this environment, a strong first-time challenger like Robertson could not buck the national trends.

The dynamics will be different once again in 2016, when voter turnout will be affected by what promises to be a hotly contested presidential race.  Eric Massa, the last Democrat to hold the Southern Tier’s Congressional seat, also lost his first race in an off-year election before winning in the 2008 presidential year.  If Martha Robertson should choose to run again in 2016, she will find that she has many eager supporters in the 23rd district.

3 Responses to A Response to “There’s Something About Ithaca”