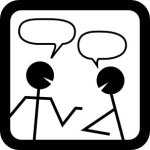 “Get Politically Active”  is an occasional entry that contains a document on a current political issue.  It will be one page long and easy to copy. Consider emailing this to contacts who might be interested in this topic.  Someone may even want to pass this out at a Town Hall Meeting.

Background: The following letter was written to present an alternative response to Rep. Reed’s plan to greatly reduce the Social Security Disability Insurance fund and the number of disabled workers the SSDI serve.

Other Social Security articles from the New NY 23rd.

Go To Social Security Letter for a pdf copy of the letter below.

In the past when the SSA calculated that one fund would be getting low, it would adjust how the payroll deductions were distributed between the two trust funds to make sure both would be solvent. This is a common event; it has happened 11 times since 1968 — about once every four years.

The Social Security Disability Trust Fund will be able to support only 81 percent of the benefits to disabled workers in 2016. Changing the amount that the Disability Fund receives from 6.2 percent of our pay by one-10th of 1 percent would keep both trust funds solvent until 2033. The rate workers have deducted from their pay will not change, only how the money is divided up.

Rep. Reed sponsored an amendment to the House of Representatives rules that forbids that adjustment to happen. It only allows changes to the Social Security Funds to be made by raising taxes or reducing benefits. Banning adjustments to keep the Disability Fund solvent doesn’t make sense financially or fair to his constituents who may need Disability Insurance in the future.

What is the real purpose of Rep. Reed’s amendment? Is it to “protect Social Security” as he claims? I don’t think so.

Retired Teacher, political science geek, village trustee. I lean a little left, but like a good political discussion. My blog, the New NY 23rd (http://newny23rd) is about discussing the issues facing the people of our new congressional district. Let's hear all sides of the issues, not just what the candidates want us to hear.
View all posts by pystew →
This entry was posted in 2016, Constituents, Economics, Health Care, Media, Political, Reed's Views, Seniors, Uncategorized and tagged allocation, Social Security Disability, SSDI. Bookmark the permalink.