Tom likes photo ops, particularly those showing him accepting an award. But what is the justification for the award? That is seldom explained. 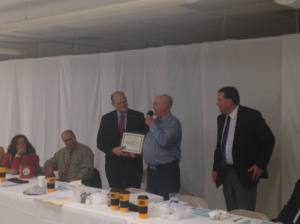 This one from the Farm Bureau in the midst of the 2014 election campaign. The Farm Bureau forgot to have a flag in the picture, but NFIB made up for that with two. 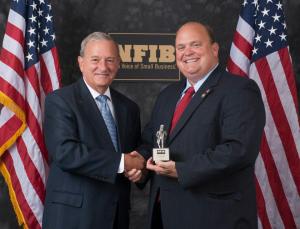 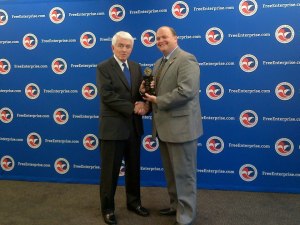 U.S. Chamber of Commerce “Spirit of Enterprise” award – awarded to House and Senate Members supportive of pro-economic growth legislation. One wonders what Tom did to deserve this accolade. 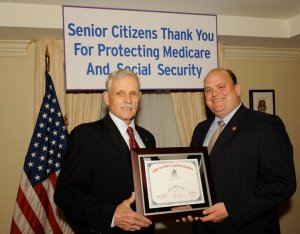 This was from “60 Plus,” the Koch funded alternative to AARP. The ironic sign at the top speaks for itself.

* Contributor at NewNY23rd.com where we discuss the politics, economics, and events of the New New York 23rd Congressional District (Allegany, Cattaraugus, Chautauqua, Chemung, (Eastern) Ontario, Schuyler, Seneca, Steuben,Tioga, Tompkins, and Yates Counties) Please visit and comment on whatever strikes your fancy.
View all posts by whungerford →
This entry was posted in 2014 and tagged Awards, Tom Reed. Bookmark the permalink.